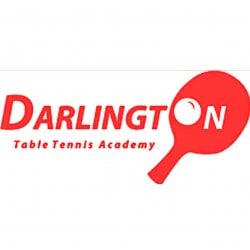 The Academy was formed in February 2013 following an idea on table tennis being promoted in the Darlington area in line with the Government’s wishes to involve people in active sports following the London Olympics in 2013.

A meeting was called in the second week of February 2013 and a Committee of 8 was formed and made up of current playing members in the Darlington Table Tennis League, officials were appointed the new club was given a name and the Darlington Table Tennis Academy ( D.T.T.A. ) was born ! Numerous meetings were then set up and attended by the Committee members. The initial meeting to discuss venue, grants for funding, coaching qualification courses, and promoting the Academy was held with the Darlington Borough Council Sports Development team.

Our first venue was two small rooms one evening each week at the Education Village Haughton Darlington ( E.V. )following a suggestion that there may be rooms available there to get the Academy started and this proved to be so. The response from all ages, following promotional flyers being distributed in the Education Village and other local schools as well as the local media was good.

After a few weeks however following an increased attendance it became obvious that we needed a much larger room / hall.  Following further negotiations  the Academy was offered the use of the main sports hall at the E.V. The Academy was very fortunate at the time to be able to use table tennis tables  belonging to the E.V. which was a real bonus as the new club itself didn’t have its own equipment !  The weekly table tennis session ran at the E.V.  throughout the summer of 2013 until the Academy eventually moved to a new sports hall at the Longfield Academy of Sport in Longfield Road, Darlington in  early September 2013.

The move to Longfield in September 2013 was a major step for DTTA, we were moving from a venue that we had established to a venue that was new to everybody involved. With a lot of hard work from the Committee and Volunteers DTTA became established very quickly and membership increased. It became very clear when we moved to the main Sports Hall that we would need additional sessions. Our club night was on a Thursday and we were able to secure a Wednesday night in the gym for our league matches, advance squad coaching, and Adults session.

This was all made possible by funding by Sports England, Durham County Community Foundation and the Cooperative Society which gave us the opportunity to purchase more equipment, assist with hire costs, coaching courses and with general support in getting the DTTA established.  The assistance and support from Darlington Sports Development Team and Longfield Finance Director has been invaluable to our success and are our key partners in developing DTTA in the future.

DTTA also secured the sponsorship of Bribar Table Tennis which helps us with reduced costs on equipment and favourable discount to club members on clothing bats etc. this allowed the club to purchase new tables and select  attractive red shirts and black shorts as the Academy kit.  The DTTA has only been in existence from May 1st 2013 which is only 10 months yet in that brief time the club has achieved the following:

The DTTA commitment to developing table tennis in schools especially Longfield Academy is having a beneficial effect and membership is increasing. The Academy is also seeking to attract anyone who has an interest in taking part in table tennis either for a casual game or taking part in more competitive games or to assist our club to grow from success to success.  DTTA is passionate about increasing participation and developing table tennis in Darlington and will continue to promote and reaffirm the message.