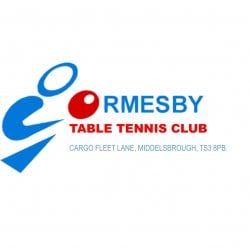 I am pleased to extend a warm welcome to all visitors to Ormesby Table Tennis Club and our new website which has been launched in our 50th year. www.ormesbytabletennisclub.org.uk/

Table tennis was played at the club’s first facility, a former chicken hut, in my Father’s back garden before 1960.  However, that was the year we played our first league match under our own name.  The club has always had as it’s priority the excellence program which is designed to give local younsters every assistance and encouragement to maximize their playing ability and to provide players of a standard to represent England and beyond.  The club’s high point was in 1972 when we won the Europe Club Cup with a team of players who all lived locally and in that Golden Era the club dominated English table tennis for a decade, winning the National Club Championship 10 times.

Although the priority has been on excellence, the club has always had a desire to promote every aspect of table tennis locally. The opening of our new 15 table facility in 2005 at the former St. Anthony’s School sports hall on Cargo Fleet Lane in Middlesbrough, with assistance from the Community Club Development Program via the ETTA, One North East and Middlesbrough Council, has provided us with a facility to do much more in the community as the table tennis centre is full time and available all day, every day, only for table tennis.

The club has developed very close links with local schools, most recently    through the Premier League for Sports program, and has expanded into the community with a vibrant disability section, 50+ and women’s sessions.  We run sessions for players of every age and ability and enter teams in all the appropriate competitions, including 9 teams in the British League, 12 teams in the Middlesbrough League, 12 teams in the Cleveland & District Summer League, as well as running our own Ormesby junior league.  The club also hosts a series of competitions including British League weekends, County Championships, Middlesbrough and Cleveland Closed championships, ETTA events for coaches, plus our own popular Super 10 events.

The club is fortunate in having an active and vibrant committee of volunteers who do much of the work in running the club on a day-to-day basis and, with assistance from the ETTA, Middlesbrough Council and the football club, are able to employ coaches and development personnel to drive the club’s activity program.

I hope you will enjoy your visit to the club and our website.